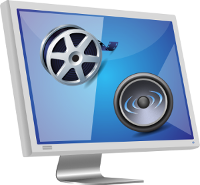 For Windows and Linux, it is free and open source. Download vokoscreenNG

vokoscreenNG is a powerful screencast creator in many languages to record the screen, an area or a window (Linux only). Recording of audio is supported. With the built-in camera support, you can make your video more personal. Other tools will help you do a good job, these are.
- Multiscreen
- Systray
- Camera
- Audio
- Magnifying glass
- Countdown
- Timer
- Showclick
- Halo
- Snapshot
- Build-in Videoplayer
- Global keyboard shortcuts

Please help to translate on transifex
Only 100% translated languages will be added to vokoscreenNG.
You can translate to anytime, your translation will be included in the next bugfix release.